In today’s information-fuelled world, data can hold the key to generating competitive advantage.

Companies can differentiate themselves through exploiting their proprietary data and utilising customer information to bring new and more tailored products and services to market, boost brand loyalty and grow market share. However, as recent cybersecurity breaches, data protection failures and privacy issues have shown, there are significant risks involved too. Data flows are increasingly international in nature and delivered through a multitude of platforms, channels and stakeholders making legal compliance more challenging than ever before. 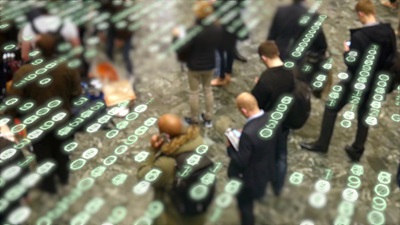 In this environment, legal guidance which is not only tailored to clients’ particular circumstances but is also viewed in a wider context is key. We don’t see data protection and privacy as a standalone issue, regularly bringing to bear valuable skills sets embedded within our team to address client challenges.  This includes market-leading IP and employment expertise, and in depth experience across the advertising & marketing, media & entertainment, tech, retail and professional services sectors. From compliance and risk management advice to monetisation of data - our advice is not just multi-disciplinary, it is multi-faceted.

With uncertainty about Brexit continuing to dominate the headlines, the Information Commissioner’s Office (“ICO”) has released some useful and practical guidance on key data protection issues if there is no Brexit deal.

Brexit and GDPR: What should you do now about EU to UK transfers of personal data? (And other related issues)

There has been much discussion about the impact of Brexit on a company’s personal data flows in and out of the European Union post Brexit.

The Information Commissioner’s Office (“ICO”) has made a civil monetary penalty order for the sum of £120,000 against Heathrow Airport Ltd (“HAL”) after a lost data stick containing the sensitive personal information of a number of staff members was found by a member of the public.

In an article for PDP Journal, Ali Vaziri explores how the courts can help contain a confidentiality breach in the light of recent cases involving organisations that have been hacked, had data stolen, and are then blackmailed

Free Webinar - Four Months After the GDPR Compliance Deadline: Smooth Sailing or Are You in Hot Water?

May 25 came and went for General Data Protection Regulation (GDPR) compliance. Are you compliant and are you prepared for what is coming next?

Data breaches under the GDPR - will the sky come crashing down on British Airways?

Between 21 August and 5 September, British Airways (“BA”) suffered a data breach - in essence, its systems were “hacked”. This has affected the personal data of around 380,000 individuals. Following an announcement through BA’s Twitter account, the story was quickly picked up by mainstream media outlets, demonstrating the significant publicity that such events can generate in a short space of time.

Hackers, Judges and Spartacus: Containing a Data Breach with the Court’s Help

Fear of publicity shouldn’t put off organisations from asking the court for help when they’ve been hacked, had data stolen, and are then blackmailed. There’s a range of orders which the English courts are willing to make against anonymous hackers and which, even if those orders are ignored, can be useful when it comes to containing a confidentiality breach – including when it comes to getting stolen data removed from other hosts/publishers, both in England and abroad.

Sports personalities are often subject to sporting rules that restrict their ability to make political statements or promote religious ideology when competing. Furthermore, contractual provisions can also mean that statements made in their personal capacity while off duty, for example on social media, can lead to disciplinary action or worse. Can such restrictions be challenged on the basis of human rights? Does it make a difference if the athlete genuinely holds the views (e.g. because of religious or cultural beliefs)?