More than just a stadium…

However it’s done, whether being rebuilt from scratch (Tottenham Hotspur, Chelsea, Arsenal), expanded (Liverpool) or converted from other uses (West Ham, Manchester City), one thing for certain is that football stadiums are big business. In this article, we explore some of the current projects and highlight some of the hot topics surrounding these cathedrals of the national game.

It used to be the case that between matches, stadiums became empty soulless shells, only springing back to life at 3pm every Saturday. Not any more: stadiums are now multi-purpose venues attracting visitors and businesses year-round. Match-day revenue is still vital to financial viability, but the goalposts have changed; it is no longer acceptable to sell the ticket and a pie and be done with it. While ‘real fans’ (and Roy Keane in particular) scoff at the much-maligned ‘prawn-sandwich brigade’, there’s no doubting their financial worth to the club

Food, drink and merchandise sales, as well as the high prices charged for executive boxes providing comfier seats and prime views, all serve to exaggerate the gap between the top clubs and those trying to keep pace. When new stadiums are constructed, it’s no coincidence that box numbers go up, along with the capacity, as clubs seek to eke out every last penny from their supporters. Take, for example, the differences in revenue between two close London rivals: Arsenal and Tottenham. While in recent years there has been little to separate them on the pitch, the gulf in match-day receipts has been traditionally massive, largely because of the stadium and its facilities. In the year ending 2015, Arsenal posted income of just over £100m for gate receipts and match-day income, Spurs came in at under half that: £41m. Fast forward to today, with Tottenham’s on-field endeavours enable great off-field profit, the two clubs’ finances are more or less identical with total revenues for the 2017/2018 season at £381m for Tottenham and £380m for Arsenal.

What we are not yet able to assess is how much of an impact Tottenham’s new stadium will have on their overall income. Reports suggest that these will eclipse Arsenal’s estimated £100m per year in match day receipts and the club is yet to find a suitable naming right partner for the stadium. With both set to be at the very top end, despite the considerable debt taken on to finance the build, Tottenham’s long-term off-field future looks set to be very profitable indeed, with the stadium playing a central part.

Naturally, clubs are looking at innovative ways of extending the use of their stadiums so that it generates revenue all year. Ground-sharing has existed for some time (Reading’s Madejski Stadium hosting rugby union club London Irish, Wasps moving to Coventry City’s Ricoh Arena) as a means of bolstering receipts and this looks set to continue – particularly as rugby clubs typically have less money than football clubs and so ground-sharing can be mutually beneficial. With the boom of NFL’s popularity in the UK showing no signs of slowing down (Wembley made the first big step in 2008 by hosting a series of American Football games each season), Tottenham have now followed suit by dramatically redesigning their new stadium to enable a retractable grass pitch to slide on top of a permanent artificial NFL pitch and incorporated NFL-size locker rooms into the design alongside a number of other features. Tottenham have agreed a deal to host at least two games a season for the next ten years which will bring in millions of pounds, as well as promoting their brand further in the US. Twickenham too got in on the act by hosting a game between the LA Rams and New York Giants in October 2016 and look set for more in coming years.

Turning to more legalistic topics: local councils have historically sought to gain as much advantage as possible for their constituents by trading planning permissions for planning obligations. The usual procedure for this is by way of section 106 agreements, though it is a tricky balancing act to pull off. Section 106 agreements are not as wide-reaching as they once were however and, generally, a council would not want to scare off a club by attempting to impose onerous or overly costly conditions or obligations for fear that they relocate to a more viable area. Two contrasting examples here are Tottenham’s strong bargaining position as against Millwall’s more precarious situation. Tottenham are located in a deprived area (within the wider borough of Haringey in north London) and the council was reportedly desperate to accommodate the club at, or near, its current location rather than risk it moving to neighbouring Enfield, or to the Olympic Stadium (now better known as London Stadium), the home of West Ham. Tottenham were therefore able to negotiate a more advantageous planning permission with Haringey. Millwall on the other hand, while also in a relatively deprived area, have been embroiled in a bitter, and increasingly vitriolic, battle with Lewisham council and the owners of “Renewal”, the offshore development company behind the wider regeneration scheme taking place in the borough. This means that Millwall had fewer cards to play. Relocation to north Kent had been mooted as an alternative as the club struggled to overcome what many see as nepotism; reports of extremely close ties between the Labour party, the council and Renewal had seen the developer’s plans progress disconcertingly smoothly given the upheaval planned.

Thankfully, the proposed compulsory purchase order (“CPO”) was called off and, over the summer, further progress has been made, with cooperation between Lewisham, Renewal and the club seeing a conditional land contract being entered into. Whilst the threat of a CPO is not extinguished entirely, it is far more remote. The new development plans include the construction of 2,400 new homes and a £40m indoor sports complex. Whether this is down to recent reports of house prices increasing in areas around football stadia, or the community rallying around the club, or any number of other motives, is not clear, but it does appear that a stadium remains a positive attraction for an area.

A practical way of rooting a club to its local community, beyond sentiment and oppositional protest, is through the Assets of Community Value (“ACV”) regime in The Localism Act 2011 (which came into force in September 2012). Community groups can nominate an asset that plays an important role in the community to be listed as an ACV. This means that, if listed, a football club/stadium owner would be prevented from selling a stadium without a supporters group first being alerted and given the chance to make a bid. Oxford United Supporters Trust was the first such group to protect the Kassam Stadium in this way back in May 2013. Now, local interest groups have listed Old Trafford, Portman Road, The Valley and St Andrews stadiums as ACVs as well. This may be of some comfort to residents whose area has a strong bond, both socially as well as economically, with their local club and is recognition that a stadium is more than just the sum of its parts.

Despite Millwall’s travails, the power of sport can be demonstrated by stadium-led regeneration, which in recent years has seen dramatic improvements in areas around the country: none more so than in London, where a number of the capital’s clubs, along with Wembley and the Olympic site in Stratford have opted to redevelop their grounds, leading – or hoping to lead – to major physical, environmental and social improvements and opening up new opportunities for homeowners and businesses. Councils have sought these benefits in two ways. The first is by using the stadium as a beacon to attract new businesses and families to the area. The second is more opportunistic and direct: by using the section 106 agreement route we mentioned above. Arsenal for example, whose move from Highbury to the Emirates took place in the early 2000s, had extensive and burdensome obligations to comply with (albeit still watered down from the initial permission). The club funded a £60m waste-recycling centre near Holloway Road and 3,000 new homes as well as contributing towards improvements to both Drayton Park and Holloway Road tubes. Tottenham, in contrast, will - as a result of tighter guidelines on what a council can and cannot include as planning obligations - make far lower financial contributions to the council’s scheme (reportedly less than half a million pounds). It will though be developing a new hotel, a Sainsbury’s megastore, new public square and extreme sports centre (including climbing wall) and so hope to create new jobs and greater football around Tottenham and Haringey as a whole.

course it’s not all sweetness and light – “affordable housing” is a myth and many see ‘regeneration’ as synonymous with ‘gentrification’, with local residents routinely forced out of their homes by either compulsory purchase orders or by escalating costs meaning they can no longer afford to remain there. You cannot make an omelette without breaking a few eggs they say, the question is: how good is the omelette and how many eggs? Chelsea and Tottenham certainly think they have a tasty dish. Chelsea are more restricted by space for their redevelopment, meaning they will dig down in order to increase capacity to a reported 60,000, while Tottenham have gone so far as to include the UK’s longest bar (86.8 metres), a micro-brewery capable of delivering 10,000 pints a minute and even an in-house bakery. All these features are designed to improve the match-day experience - making it an all-day event - and illustrates a cultural shift in today’s modern football fan: no longer will it just be pie and Bovril; craft beer and patisserie is the order of the day. The proof of this particular pudding will be in the eating: the legacy is impossible to predict, clubs will have to hope that if they build it, they will come. What is certain though, is that stadiums are playing an increasingly central role to both a club’s and its local area’s future and innovative means of attracting new supporters look set to continue apace. 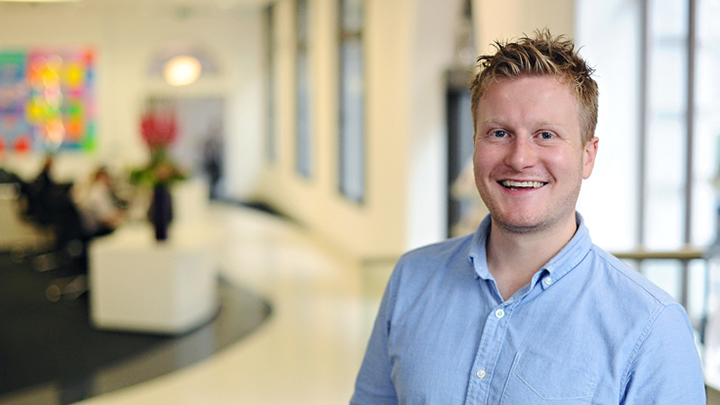 I joined Lewis Silkin in September 2014 as an Associate. I have gained experience in a variety of commercial property matters, including ...