Under pressure: what kind of pressure makes a contract unenforceable?

Even as lockdown eases, multiple periods of restrictions over a sustained period, and the wider economic impact of the COVID-19 pandemic, have made the performance of many commercial contracts very difficult, if not impossible. As a result, some parties have sought to avoid their obligations altogether, whilst others may seek to amend them as they begin their post-lockdown operations.

Our first note in this series considered the basic requirements for a legally binding variation to a contract.  This note considers whether a variation, or a new contract, might be challenged because of the level and/or nature of pressure exerted by one contracting party over the other.

As a general rule, English law seeks to hold parties to the terms of the deals they have agreed and the courts will be slow to interfere with contracts arising out of commercial negotiations.  However, the courts recognise that there may be certain circumstances where a party should be relieved from its obligation to perform because of threats it was subjected to at the time of entering into the contract or at the time of agreeing to variations to an existing contract.

English law recognises three forms of duress, each of which, if proved, may enable a party to rescind a contract (i.e. declare it void and treat itself as no longer bound by its terms).

Given that (a) the doctrine of economic duress is, by the standards of the English common law, relatively new, and (b) the courts have maintained a fluid approach to cases based on their particular facts, there are no precise rules to this doctrine. However, there are a few general principles which may provide some guidance.

In broad terms, the party who wants to declare a contract void must show (i) that the pressure they were put under was illegitimate, and (ii) it was that pressure which caused them to enter into the contract or agree the variation.

The party seeking to avoid the contract for economic duress must show that, were it not for the threat(s) it would not have entered into the contract. The courts are likely to take into account:

Duress of goods may consist of a threat to destroy, damage, seize or detain goods. For example, a party who finds itself in possession of another party’s goods and effectively tries to hold those goods to ransom whilst demanding a change to its contractual terms will, on the face of it be subjecting the owner of the goods to duress.

English law treats these kinds of threats less seriously than it does threats to the person, and so a party must show that the threat was not only a reason why they agreed to the terms upon which they contracted, but that the threats were a significant cause for the entry into the contract (or variation) and that they had no effective alternative remedy.  For example, if a party had the time and resources to seek emergency relief from the court in relation to their goods, this is likely to be considered an alternative remedy.

Duress of the Person

Obviously, it is hoped that such situations will arise very rarely, if at all, in a commercial context.  If they do, unsurprisingly, the English courts take a strict approach, and so long as the violence or threat of violence constituted a reason why the party agreed to the contract (or variation to the contract), that contract may be declared void.

English courts may also declare a contract void where that contract has been entered into as a result of an abuse of a relationship of trust and confidence between the two parties (e.g. solicitor/client or trustee/beneficiary).

The doctrine of undue influence is driven by the nature of the relationship between the parties, and so, save in relation to banks (who may be the beneficiary of a guarantee by a wife of her husband’s debts), is of limited application in a commercial context.  However, if a relationship of trust and confidence does exist between contracting parties, the economic effects of more than a year of Government restrictions may give rise to more contracts and more variations that parties seek to set aside.  Parties to such contracts would do well to ensure that the other party is independently advised in relation to any variation in order to minimise the risk of the contract being set-aside as we return to some sort of normality.

Remedies for Duress and Undue Influence

In order to minimise the risk of the other party claiming a variation to a contract was agreed under duress or undue influence as a result of the effects of the pandemic, parties who are requesting amendments to the terms of their contracts should:

If a party considers that they are the “innocent party” and are being placed under illegitimate pressure to accept new terms, it would be advisable for it to:

We have created an initiative called “LS Unlock” to help businesses access legal advice during the uncertain times ahead. LS Unlock comprises a free initial assessment of significant commercial claims together with a menu of alternative fee arrangements which can reduce and, in certain cases, eliminate the upfront cost of pursuing a claim. This initiative has been designed specifically to assist clients in this uncertain economic climate and is part of our commitment to working with clients to help them survive the effects of the Covid-19 crisis.

Issues to consider in relation to commercial contracts as lockdown eases. 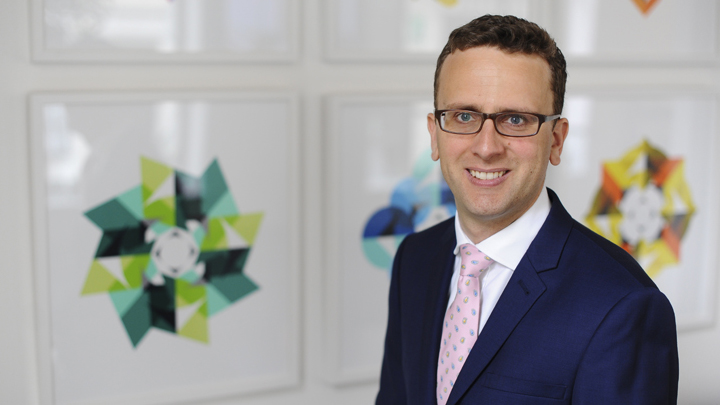