Transfer-related contractual changes void even if beneficial for employees

The Employment Appeal Tribunal (EAT) has ruled that the provision under TUPE which renders contractual variations void if they are made because of the transfer applies to changes that are advantageous as well as detrimental to employees. On the facts of the case, this meant that owner-directors who had made significant improvements to their own employment terms before a TUPE transfer could not enforce these against the transferee.

The provision in question is regulation 4(4) of TUPE, which states that any purported variation of a transferring employee’s contract is void if the transfer is the sole or principal reason for the variation. This ensures that the employee is no worse off as a result of the transfer if the new employer immediately seeks to introduce less generous terms and conditions.

Berkeley Square Estate (the Estate) was a valuable estate in Mayfair and Knightsbridge owned by persons based in Abu Dhabi. It was managed by a company called Lancer Property Asset Management (Lancer) which operated as a single-client business. The claimants in this case were either senior employees of Lancer or supplied their services to it via personal service companies.

In 2016, the owners of the Estate served notice on Lancer that Astrea Asset Management Ltd (Astrea) would take over the management from the end of September 2017 - a change of service provision which would amount to a TUPE transfer from Lancer to Astrea. Relations between the claimants and the owners of the Estate deteriorated and, three months before the transfer was set to take place, the claimants decided to update their Lancer contracts by giving themselves guaranteed bonuses of 50% of salary, more generous contractual termination payments and enhanced notice periods.

The claimants made these changes in the expectation that Astrea would pick up the enhanced liabilities post-transfer. They supplied the new contracts to Astrea on 1 September 2017, just a few just weeks before the transfer date. Immediately following the transfer, Astrea dismissed the claimants for gross misconduct.

The claimants brought Employment Tribunal (ET) proceedings against Astrea on several grounds, which incorporated a claim for the contractual termination payments set out in the new contracts. The ET made various findings, including that the claimants’ variations to their contracts just before the transfer were void “considering regulation 4(4) in light of the EU abuse of law principle”. The ET also considered the claimants to have acted dishonestly by seeking to take advantage of TUPE, in the expectation that Astrea would have to pick up the additional liabilities. The claimants appealed to the EAT.

The EAT said that a literal interpretation of regulation 4(4) of TUPE would mean that any changes made to terms by reason of the transfer are void, whether they are detrimental or beneficial to the transferring employees. However, this had to be interpreted in light of the purpose of the EU Acquired Rights Directive (ARD).

The claimants argued that the variations referred to in 4(4) must mean adverse changes, relying on Power v Regent Security Services Ltd [2007] EWCA Civ 1188. The ruling of the Court of Appeal (CA) in that case had been widely interpreted to mean that employees should be able to rely on positive variations made because of the transfer. The claimants also pointed to current government guidance suggesting that TUPE’s underlying purpose was to ensure employees are not penalised when a transfer takes place, and changes to terms and conditions which are “entirely positive from the employee’s perspective” are not prevented.

However, noting that this guidance “can only be of limited persuasive value”, the EAT observed that there were significant differences between Power and the present case. The CA in Power had ruled that the ARD does not prevent an employee from agreeing with the transferee to obtain additional rights by reason of the transfer. According to the EAT, this was not the same as concluding that the ARD positively required that any variations which are advantageous to an employee cannot be deemed void.

Turning to the ARD itself, the EAT said that its purpose was to “safeguard” the rights of employees, rather than improve them. Applying a broad, purposive interpretation, the EAT decided that the words “any purported variation” in regulation 4(4) should cover all variations, whether adverse to the employee or otherwise. Among other things, this interpretation avoided difficult questions about whether a change in terms is beneficial or disadvantageous.

Astrea also relied upon the principle of abuse of EU law. Judgments of the European Court of Justice identify two elements characterising an abusive practice:

The EAT considered that both elements had been satisfied in this case. The variation of the claimants’ contracts went further than safeguarding their rights, so the purpose of the ARD had not been achieved, and the claimants’ intention was to obtain an improper advantage by artificially obtaining improvements to their contracts in contemplation of the transfer.

This decision brings a degree more clarity to the issue of enforceability under TUPE of advantageous aspects of a varied contract, a question described by the CA as “not easy to answer” in Credit Suisse First Boston v Lister [1998] IRLR 700. It now seems clear that the position of transferees is protected in egregious situations where senior employees manoeuvre to boost their own contractual provisions in anticipation of an imminent transfer. Nonetheless, in practical terms it remains advisable to ensure the relevant agreements provide that no changes to the existing service provider’s employment terms are permitted after notice has been served.

The facts of this case were quite dramatic and extreme, with the claimants having themselves created a situation in which the purported variations clearly went further than protecting their rights to the point that they could be regarded as seeking to punish the transferee. One can envisage more nuanced situations arising in future concerning the enforceability of beneficial contractual variations, where the application of ARD and TUPE principles is rather less clear-cut. 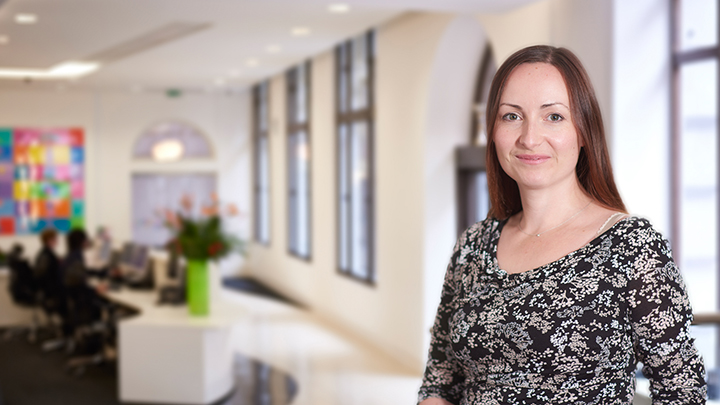 I am an Associate based in Cardiff in the Employment, Immigration and Reward division.