Following on from our 2018 Tech Predictions, here are our top ten favourite tech predictions for 2019. Just imagine a world where new technology not only makes us more efficient but improves our lives in other ways - let’s see what 2019 might hold in store!

AI is set to gather momentum as businesses recognise, and can start to quantify, the benefits of how decision making and data collection can be improved. Most executives know that AI has the power to transform parts of their business. But the main hurdle for many businesses has been knowing what will best benefit from AI. Other hurdles have included gaining access to the right AI experts, large data sets and specialised infrastructure. Recently, tech giants, including Google and Amazon, have been pouring resources into infrastructure to develop AI services. 2019 is likely to see the launch of AI development platforms to the wider market, facilitating greater adoption of such AI services. To get the most out of what AI can offer, we expect 2019 to bring a shift in focus to the data foundations of AI and on collecting quality data.

Chatbots had a rough start in many online customer journeys, being accused of being too chatty and ineffective. Now, it seems that more “humanised” chatbots are on their way. Chatbots are increasingly being incorporated with advanced AI technologies, with some 80% of businesses planning to deploy some form of chatbot by 2020. Let’s see if the new chatbots are sharp, succinct and speedy to help win over customers.

As predicted, the private cloud has moved into centre stage and will continue to do so, with businesses focusing on creating flexible and agile platforms. The continued push for AI will fuel the cloud-train. AWS, Microsoft, Google, IBM, Oracle and Alibaba clouds are set to grow, and low-cost infrastructure coupled with high-value development services will firmly establish cloud as the leading enterprise digital application platform. It seems that no large enterprise will be able to shy away from modernising its core applications and systems. Already, leading enterprise software businesses, such as Salesforce, are using cloud-based enterprise software to offer AI capabilities to the mass market.

With robots being prohibitively expensive for many businesses, some employers are experimenting with “exosuits” to power-up their employees. Robotic exoskeleton suits have broken free from the world of science fiction movies, and are morphing humans into augmented beings with the ability to move faster, lift heavier loads and work longer (although do first speak to an employment lawyer before using them).

While reducing overheads for businesses, exosuits (which offer passive assistance to the wearer, rather than being controlled by an onboard computer) are also claimed to reduce employee injuries, especially in the automotive and construction sector. Ford rolled out some 90 exosuits to its workers last August, subsequently noting that its 2018 injury incident rate was one of the lowest on record. Bentley is expected to follow suit (pun intended), alongside the military for whom the benefits are obvious.

5G networks are expected to emerge in the UK in 2019. According to Deloitte, some 72 operators are testing the new offering, with a prediction that over 1 million 5G handsets will be sold this year. EE has blazed the 5G trail with a successful trial run. Apple and Samsung are expected to lead the way for 5G smartphones, and O2 is running a test at the O2 Arena.

5G’s game-changing capabilities lie in increased speeds and lower latency. Lower latency will be especially useful in advancing industries such as entertainment, healthcare and autonomous vehicles. The new network will almost certainly improve and facilitate seamless home-working for employees.

Apple, in classic fashion, is forging the path for widespread incorporation of haptic feedback (“haptics” being the use of touch) into smart phones, having dropped the physical button on iPhones in favour of a 3D touch function.

Google’s parent company, Alphabet, recently purchased Redux, a British business that specialises in haptic feedback to make a flat screen feel like it has buttons and sliders.

Haptics will also permeate the automotive sector (such as in-vehicle displays providing tactile feedback for better control) and in the healthcare industry (such as enhanced medical training using VR training stimulators and new ways for amputees to grasp and sense objects).

6. Alexa, where are we heading?

With smart homes and smart cities becoming mainstream, the IoT evolution will doubtless continue in 2019, especially with the roll-out of 5G. We can expect to see an expansion of smart devices in most sectors, ranging from healthcare and hospitality to logistics and manufacturing.


Smart speakers and voice assistants will gather momentum, with the global smart speaker industry expected to grow by 73% in 2019. The Amazon Echo/Alexa, Google Home and similar products will slowly become ubiquitous, with manufacturers expected to break more language barriers by introducing recognition of more regional languages.


2019 may also be the year in which we see hotel chains and hospitals adopt smart devices. The Marriott International Group has begun mass installation across its estate of Amazon’s smart speakers, named Alexa for Hospitality.

The infiltration of voice assistants and the shift from conventional search methods to voice search will be a learning curve for retail brands to navigate. Marketers will need to focus on the differences between text and voice search, so as to cater for what customers might ‘say’ rather than ‘type’. Similarly, app and web developers will need to identify and associate more with conversational tech, to ensure that new content aligns with voice searches.

2018 was a big year for drones, not really because of missed Christmas flights at Gatwick or recent Heathrow sightings, but because of the first-ever worldwide Standards for the drone industry being released after many years of international collaboration.

Routine out-of-sight operations of drones could start in Q1 this year, although for the UK a primary concern remains ensuring that commercial drone operators can safely co-exist in the UK’s busy airspace. The newly implemented Drone Regulations should help to achieve this in the UK.

Hurdles to overcome in drone adoption include infrastructure, security and privacy. There are also of course planning issues for landlords and tenants who are thinking of using rooftop spaces from which to fly or land drones.

Laws and Standards aside, new use-cases for drones are being developed, including cost-effective and environmentally-attractive alternatives to traditional freight and passenger transportation and uses in the agricultural and energy sectors.

As consumerism means that increasing amounts of goods need to get from A to B in a cheap and fast manner, drones may be part of the solution and may also help to reduce road congestion. Interestingly, some of the earliest uses are by hospitals needing emergency care items.

As predicted, AV continues to evolve, especially in respect of public transportation and ride hailing services.

The race is on to have the first fully autonomous vehicles on the roads in the UK. Oxbotica is to trial driverless cars in West London this year and is also working with Addison Lee to bring self-driving taxis to London. AI firm FiveAI is hoping to launch a trial of driverless cars this year.

GM, which already has a fleet of self-driving cars being tested in San Francisco, plans to start mass producing fully autonomous vehicles this year. Also, the ride-hailing service which GM intends to launch will reportedly be more economical than most human-operated services.

Audi already calls its A8 a “Level 3 ready autonomous car” (Levels 4 and 5 generally being considered fully autonomous), meaning the A8 can drive itself in certain circumstances and can assume control of safety-critical functions through refined maps, enhanced radars and sensors.

9. Changing the face of advertising

The world is looking increasingly to virtual and augmented realities, now realising that its benefits can be enjoyed not just by gaming platforms but also by brands. VR and AR are set to be used by advertisers and marketers to ‘story-tell’ for brands and retailers, by creating interactive experiences in relation to branded content. These interactive technologies, which are revolutionising the way that the public interacts with the digital world, coupled with conversational platforms, will start to transform the immersive user experience.

Programmatic advertising spend is set to grow in 2019, despite various concerns which stalled spending in 2018. The introduction of the GDPR last year caused confusion for the adtech industry. The sector looks set for a shake-up in various ways over the next 18 months or so, not least because of various complaints to, and investigations by the ICO and also by the CNIL (French regulator). The use of mechanisms (in response to the GDPR) to achieve greater transparency, and more granular and active consent, including the use of cookie management settings, is set to become more commonplace. Watch this space, however, as even more change seems very likely once the new ePrivacy Regulation is finalised and implemented. Another concern is brand safety - in response to this, the IAB has introduced ads.txt, which is a tool designed to help ad buyers avoid sellers who arbitrage inventory and spoof domains.

At a macro level, the biggest battleground for media in 2019 will be control for digital advertising spend. Amazon, AT&T, Verizon and Disney have all made moves to counter the Facebook-Google duopoly. Here in the UK, the Ozone Project is set to introduce competition by allowing advertisers and agencies to buy digital inventory and access audience data across The Sun, Times, Daily Telegraph and Guardian from one sales point. The three publishers who own these papers are offering a "premium" scale alternative to Google and Facebook.

Social networks will increasingly use retail-specific ads, such as Snapchat’s new shoppable Collection Ads, product overlays on Facebook’s dynamic ads and product stickers on Instagram (which allow users to tap to shop instantly). The intersection between social media platforms and e-commerce platforms will also continue, such as Instagram’s reported plan to launch a standalone shopping app.

As we become increasingly dependent on technology, many employers are (for obvious reasons) looking to improve and promote their culture of positive health and wellbeing within (and outside of) the workplace. Part of this is Digital Wellness. We expect, and hope, that 2019 will see more employers not only empowering their staff with exciting new technology (and fulfilling career opportunities) but also encouraging people to work smart and to switch off. And on that note, we wish you a productive, enjoyable and peaceful 2019. 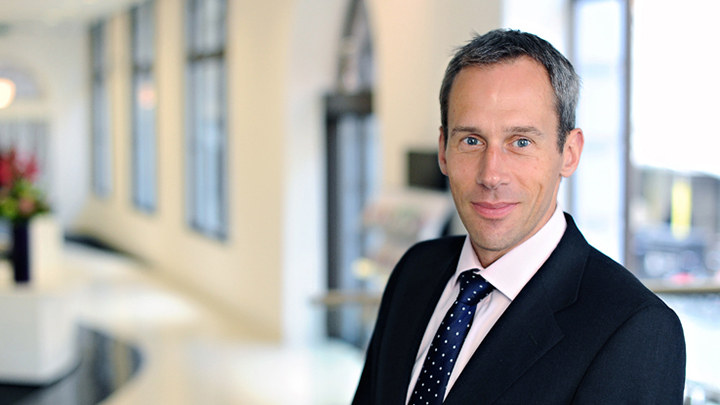 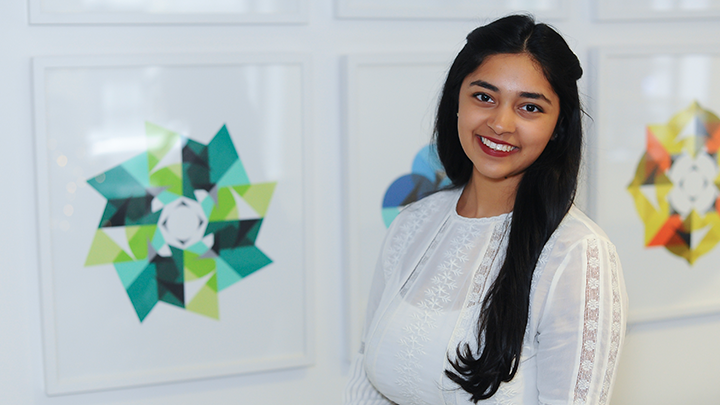 I am an Associate in the Commercial Legal Practice Group, specialising in Data & Privacy.