Ireland: what do the July Stimulus Plan and Programme for Government mean for employers?

This article discusses key measures for employers under the new Irish government’s July Stimulus Plan, plus various commitments under its Programme for Government which could have a significant impact in workplaces.

The July Stimulus Plan (SP), announced on 23 July 2020, will provide over €7 billion in government funding to help boost Irish economic recovery in the wake of the Covid-19 crisis. With GDP expected to decline by 10.5% this year, the SP intends to build on existing measures implemented to protect and restore the economy since the crisis began in March.

The government also intends to publish a National Economic Plan (NEP) alongside its Budget in October which will include further long-term measures to support the economic recovery.

There are several measures under the SP which could have a major impact on the world of work, the most significant of which are highlighted below.

The Temporary Covid-19 Wage Subsidy Scheme (TWSS) comes to an end on 31 August 2020 and will be replaced by the Employment Wage Subsidy Scheme (EWSS) which is expected to continue until 31 March 2021. Both schemes run in parallel from 1 July 2020 until the TWSS expires.

Under the EWSS, eligible employers (including new firms) may claim a flat rate weekly subsidy of either €151.50 or €203 (depending on the amount of the employee’s gross weekly wages) per eligible employee (to include seasonal and new employees). To be eligible for the EWSS, employers must be able to demonstrate that their turnover or orders will fall by 30% between 1 July and 31 December 2020 due to Covid-19. Legislation implementing the EWSS is expected to be enacted shortly and further information on how the EWSS operates in practice is available from Revenue.

There has also been an extension of the Pandemic Unemployment Payment (PUP), until 1 April 2021, to provide further emergency income support for unemployed workers. The PUP will be closed to new applicants from 17 September 2020 and there will be a gradual reduction in the payment rates.

The SP sets out a variety of additional funding measures to support businesses, including:

The SP also provides for government investment to increase the number of work placements, recruitment subsidies, and incentives for employers to take on new hires/apprenticeships.

A Restart Grant will also be extended to provide additional support (up to a maximum €25,000) to SMEs who employ less than 250 people and have a turnover of less than €100,000 per employee and whose turnover has reduced by 25% due to Covid-19.

In addition to the short-term measures announced under the SP, the Programme for Government (PFG) was agreed by Ireland’s newly formed government at the end of June. It includes several commitments which will, if implemented, have significant impact on the employment landscape. Key areas of focus include:

The government aims to create 200,000 new jobs by 2025. Measures for short-term job creation are set out in the SP (above), while long-term job creation projects are expected to be detailed in the NEP to be published in October alongside the Budget.

There is a clear focus on better work-life balance in the PFG, with a commitment to bringing forward proposals for a right to disconnect in 2020. A public consultation on remote working is currently open for submissions until the 7 August, and the government intends to provide incentives for private-sector employers to move to home and remote working in 2021. These will include an increase in remote, flexible and hub-working arrangements to promote a better work-life balance, higher female labour-market participation, less commuting and greater regional balance.

There is also a plan to extend paid parental leave, to allow for more time to be taken during a child’s first year, and the PFG proposes various changes to equality law including:

The government plans to introduce a Senior Executive Accountability Regime in the financial sector and create a forum in which all sectoral regulators measure regulatory approaches against best practice. It is also anticipated that the use of administrative penalties by regulatory bodies, including the Central Bank, will increase.

Brexit features heavily in the PFG because the absence of a trade deal is likely to place further strain on businesses that are already impacted by Covid-19. The government commits, among other things, to working with all sectors to ensure they are prepared for all possible outcomes, including no trade deal. It also says it will work to ensure the effective continued operation of the Common Travel Area and reciprocal rights between both countries going forward.

While more detail is expected on how many of the above measures will be implemented in practice, the proposals to date under the SP and the PFG clearly reflect the new economic reality in the wake of Covid-19. While many of the initiatives the PFG proposes could be described as aspirational in an economic crisis, one positive of the pandemic may prove to be an acceleration of the trend in Ireland for businesses to embrace more flexible work practices and digitalisation of workplaces. 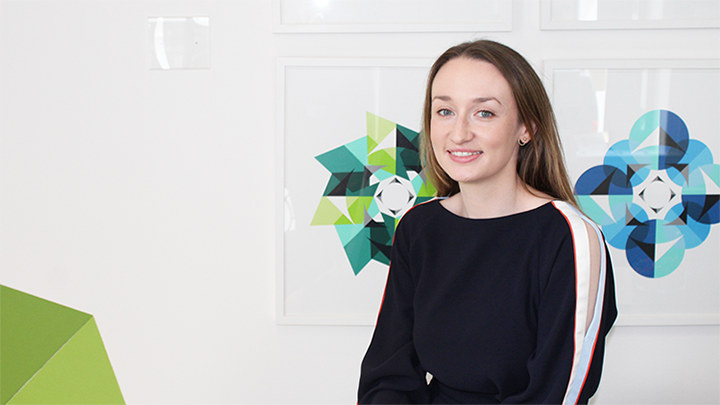 I am an associate in the Employment, Immigration and Reward division based in the Dublin office.