We set out the key considerations for organisations faced with grievances or allegations of wrongdoing which may require formal investigation.

This Inbrief sets out the main considerations for organisations faced with grievances or allegations of wrongdoing which may require formal investigation. We deal with how to appoint the right investigator, scoping the investigation, dealing with witnesses and tricky issues that can arise.

We also recommend the helpful ACAS guidance on this topic, which sets out the steps organisations of all sizes must or should follow.

In some cases, you may be able to resolve matters informally through mediation or a quiet word with the people involved, for example where the allegations are not serious and where the complainant wants them dealt with informally.

Making a decision about how to deal with an allegation without first conducting a thorough investigation can leave organisations open to claims that a fair process has not been followed, or even to allegations of cover-up.  Failing to take appropriate action can lead to legal claims and reputational risk. Recent years have shown an increasing tendency for organisations to carry out a full formal investigation.

There are a number of considerations to take into account when choosing an investigator:

In some cases it may be appropriate to appoint an external investigator. Lewis Silkin has a dedicated team of experts who conduct investigations of all sizes for clients across a wide range of sectors. We are happy to advise you on how to conduct an investigation, or you may choose to appoint one of our specialist investigators to carry out the investigation for you.

Once you have chosen your investigator, it is helpful to establish the detailed scope of the investigation at the outset to ensure that the final report covers everything you need. The scope should deal with:

In a potential disciplinary matter, the investigator’s role will be to establish whether there is a disciplinary case to answer; they do not make a decision on whether a disciplinary offence has occurred, or whether disciplinary action should be taken – that is the decision maker’s role.

Internal policy may prescribe a certain timeframe for the investigation. However, if that is not sufficient to conduct a thorough investigation, that should be modified so the process can be fair and reasonable. Be clear about who will keep the complainant up to date on progress and timescales.

If new material comes to light, you may need to adjust the scope. Bear in mind that the ACAS guidance does not require organisations to “leave no stone unturned”. The investigation does not have to cover every detail of the matter, only what is reasonably likely to be important and relevant.

Some points for the investigator to consider are:

You may find that some witnesses are reluctant to participate in the process. Firstly, consider whether anything can be done to make the witness feel more comfortable. Could the investigator call them for an initial conversation before the meeting, to introduce themselves and talk through how the meeting will be run? Could the meeting take place in a neutral location rather than in the organisation’s offices? Could the witness bring a companion to the meeting? There is no statutory right to be accompanied at an investigation meeting, but consider both internal policies and whether it might help the witness feel more comfortable. It may also help to send the witness some detail of what is to be discussed (although see above for the considerations to bear in mind here).

The investigator could reassure the witness (where appropriate) that their conduct is not under investigation. If possible, they could tell the witness that they are not the only person to have raised the issues in question, and that the investigator is also speaking to others about the same topic. It can be helpful to let the witness know that the organisation is committed to carrying out a full investigation to properly understand the issues raised, but that it is very difficult for them to do so without the full participation of the people who hold the information.

In some circumstances, it may be appropriate to allow a complainant who works for the organisation to work away from their immediate working environment while the process is ongoing. Consider whether they could work from home, if they request, but bear in mind the repercussions for a complainant who is seen to be out of the workplace and talk to them about what will be said to others about their absence. In serious cases, it may be appropriate to suspend the person/people accused of wrongdoing.

As a last resort, you may wish to consider allowing witnesses to give evidence anonymously.

Investigations should normally be kept confidential as far as possible. This helps to reduce the potential impact the complainant and on those accused of wrongdoing. This may also encourage witnesses to participate more freely in the investigation meetings.

We recommend being clear with witnesses about what will happen with regard to the notes from their interview, and explaining that they may be shared with the person who has raised the grievance and in any resulting disciplinary proceedings that may arise or any litigation. This can help to avoid any later issues concerning data protection and the witnesses being unwilling for their notes to be shared.

Witnesses may ask for their accounts to be kept confidential, or ‘off the record’. While it’s important to reassure witnesses that the information they provide will be treated sensitively and stored carefully, there are circumstances in which it’s not possible to commit to this. For instance, even if you chose not to share the notes with other complainants, they would be disclosable in legal proceedings to which the statement was relevant.

In exceptional circumstances, the investigator may decide that it is appropriate to anonymise the witness’ meeting notes. This may be the case where a witness has a genuine fear of reprisals, or where the subject matter is particularly sensitive. However, this will need to be balanced carefully against the rights of the person accused of wrongdoing. If the investigation leads to disciplinary proceedings, the subject will have the right to fully understand the case against them and an anonymised statement may make this more challenging. Even where an investigator feels that anonymity may be appropriate, there will be some circumstances in which the un-redacted notes will be disclosable (such as in litigation or regulatory proceedings).

In any event, it may be helpful to reassure witnesses that the organisation has a policy against retaliation, and to direct them towards any written documents on this topic as well as explaining what practical steps can be taken to protect them.

If the organisation is regulated, consider whether witnesses should be informed of the potential for information that they give to be shared with the regulator.

Following the investigation, potential next steps could include: 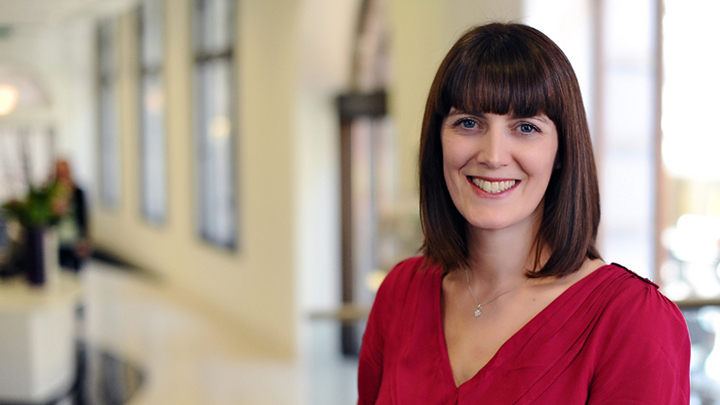