This inbrief details which employers can be required to establish an EWC and the rules that apply to them. It also considers steps that they can take if they wish to move their EWC to Ireland in preparation for the end of the UK’s Brexit transition period.

A European Works Council (a “EWC”) is a body that facilitates information and consultation with European employees on transnational issues. EWCs are composed of employees’ representatives from each country that is a member of either or both of the European Union and the European Economic Area, and the UK during its Brexit transition period, in which a business has employees (a “Member State”). EWCs operate separately from national information and consultation bodies. They derive from Directive 2009/38/EC (the “EWC Directive”) as transposed into Irish law by the Transnational Information and Consultation of Employees Act 1996 (as amended) (“TICEA”). An EWC operating under an agreement is technically a “European Employees’ Forum” and an EWC operating under the default subsidiary requirements is a “European Works Council”. For ease, this inbrief refers to both kinds of bodies as an EWC.

When do the EWC Directive and TICEA apply?

The EWC Directive recast Directive 94/45/EC as extended to the UK by Directive 97/74/EC when the UK ended its opt-out from the Social Chapter. This means that there are three legal frameworks:

This guide focuses on EWCs that are fully subject to both the EWC Directive and TICEA. It is nevertheless of relevance to all businesses as the rules on adaptation apply to all EWCS if a business’s structure changes significantly.

Nomination of a representative agent and Brexit

Central managements located in a country outside of the European Union and the European Economic Area that have not already nominated a representative agent should carefully consider proactively nominating one in Ireland. A default representative agent will otherwise be deemed to exist in the Member State in which the group undertaking which employs the greatest number of employees is situated. Legislation significantly less favourable to employers than TICEA might then apply.

All central managements with an existing UK representative agent may conditionally nominate a replacement one with effect from the end of the Brexit transition period. Some but not all may also be able to make such a nomination with immediate effect depending on whether the current representative agent is contractually bound by an existing EWC agreement. Issues arise in the course of a central management’s obligations transitioning from being governed by UK law to Irish law. These include issues such as the provision of training. We regularly advise on them as part of advising on all kinds of nominations.

Employees and their representatives may request information for the purpose of determining whether TICEA applies to an employer. The employer must then provide specified information on its employee numbers and on the structure of its workforce.

Commencing the process to establish an EWC

An employer may choose voluntarily to establish an EWC but is under no obligation to establish one unless it receives a written request made by or on behalf of at least 100 employees from at least two Member States.

An employer must establish a special negotiating body (an “SNB”) to negotiate an EWC agreement once it has chosen to establish an EWC or received a valid request. An SNB is a body of employees’ representatives that has the sole purpose of negotiating an EWC agreement. It does not have any information and consultation role.

Negotiations with an SNB

Employers must initiate negotiations with its SNB within six months of the commencement of the process for establishing an EWC. The employer and the members of the SNB must then work in a spirit of cooperation with a view to reaching a written agreement on the detailed arrangements for the information and consultation of employees. Negotiations may and often do last for up to three years and an SNB’s decisions must be made by a majority of its members.

Members of an SNB enjoy rights to assist them to negotiate an EWC agreement including:

The SNB and management enjoy significant flexibility to negotiate the precise terms of an EWC agreement but it must detail the following:

If it is not possible to conclude an EWC agreement within three years then an EWC must be established operating under the subsidiary requirements detailed in TICEA. These provide a default set of provisions under which the EWC must operate. They provide for one annual meeting between the EWC and central management to facilitate information and consultation on the overall state of the business. They also provide for additional meetings in the event of exceptional circumstances affecting employees’ interests to a considerable extent, such as in the event of significant collective redundancies in more than one Member State.

The SNB and management may also choose for the subsidiary requirements to apply at any time and they apply by default if management fails to initiate negotiations within six months of receiving a valid request.

Operation of an EWC

The EWC agreement or the subsidiary requirements govern an EWC’s operation. TICEA nevertheless imposes certain overarching obligations with which management must comply. These include:

If the structure of a group with a EWC changes significantly then, in certain circumstances, it can be required to negotiate a new EWC Agreement. This is one of the ways in which “Article 13” agreements, “Article 3” agreements and agreements dating from between 5 June 2009 and 5 June 2011 are slowly being replaced by agreements fully subject to both the EWC Directive and TICEA.

In the UK’s first appeal case on the operation of a European Works Council (“EWC”), the Employment Appeal Tribunal (“EAT”) has ruled that EWCs cannot slow down managerial decision-making by delaying the provision of an opinion after being informed and consulted.

The Central Arbitration Committee (“CAC”) has ruled that multinational companies headquartered outside of the European Union are not prohibited from relocating their European Works Council (“EWC”) arrangements from the UK in anticipation of Brexit. Relocation does not undermine employees’ information and consultation rights and is in accordance with the fundamental EU law principle of freedom of establishment.

The European Commission (“EC”) has recently revised its March 2018 guidance on the legal repercussions of the UK’s withdrawal from the EU for European Work’s Councils (“EWCs”), including the implications of a “no-deal” Brexit.

In the UK’s first ever appeal case on European Works Councils (“EWCs”), the Employment Appeal Tribunal (“EAT”) has ruled that a Special Negotiating Body (“SNB”) can continue to exist after the third anniversary of a request to establish a EWC.

Update on European Works Councils - will Brexit frustrate your EWC?

The final form of Brexit remains uncertain, as does its impact on European Works Councils (“EWCs”) that are governed by UK law.

The final form of Brexit remains uncertain as does its impact on European Works Councils (“EWCs”), the area of employment law that it will most immediately and profoundly affect. This article guides you through the current state of play and suggests how best to prepare for what might happen to your existing UK law-governed EWC arrangements. 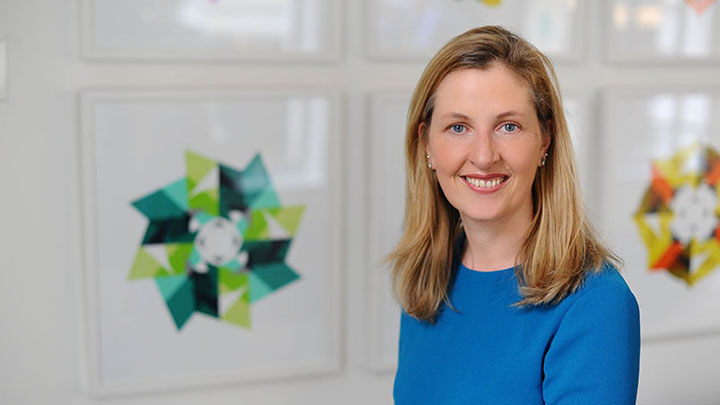 I am a Partner in the Employment, Immigration and Reward division based in the Dublin office.