Counting the cost of the Coronavirus

The spread of the Coronavirus (officially named COVID-19) shows no sign of abating. There have been around 71,000 confirmed cases worldwide and around 1,700 deaths (as at 17 February 2020). Authorities in China have put parts of the country in lockdown to limit the spread. An estimated 500 million people in the country are affected by restrictions.

The economic effects are rippling across the globe. In the last week the world’s largest mobile phone congress was cancelled in Barcelona after a number of high-profile exhibitors pulled out, citing Coronavirus fears. It is interrupting supply lines and businesses are repatriating staff and/or restricting travel. Against this background, contractual obligations are not being met. But can a contracting party avoid performance - citing the virus - without risking a claim? If not, on what basis might a claim be defended?

Assuming the contract is governed by English law, the general position is that a non-performing party will be in breach of contract. The counterparty will then be entitled to claim damages to compensate them. To avoid liability two options may be worth considering: reliance on a force majeure clause and the doctrine of frustration.

Contracts often include a “force majeure” clause. Depending on its terms, the clause may operate to excuse temporarily, or release entirely, a party from its obligations.

Whether the clause is engaged depends on its terms. The starting point is to determine whether the virus itself, or a knock-on effect of it (perhaps a shortage of labour / raw materials or an act of government like a state-imposed shutdown) falls within its scope. Frequently these provisions mention acts outside a party’s control: Acts of God and illegality are commonly listed. A party will seldom be rescued from its own negligence or wilful default.

So might the Coronavirus be an Act of God? Unlikely. Coronaviruses are zoonotic and whilst the root cause of the outbreak is not clear - and the subject of misinformation - the WHO believes it likely that an animal source from a live animal market in China was responsible for some of the first human infections.

In any case, coming within a defined scope is not enough. It is also necessary to show non-performance is due to circumstances beyond the party’s control and that there were no reasonable steps that could have been taken to avoid or mitigate the event or its consequences.  The burden of proof here falls on the party seeking to rely on the clause.

A further difficulty is that the issue must be the sole cause (or only effective cause) of the default. Financial hardship, inconvenience and electing to protect your workforce by limiting or restricting travel are unlikely to be good reasons. On the other hand, a state-imposed restriction preventing performance might be sufficient but the mitigation requirement will remain a challenge.

Unlike force majeure the doctrine of frustration is part of the common law, independent from contract terms. So in the absence of a useful force majeure clause, parties in default should consider its scope. The doctrine is exceptional: it does not exist to allow contracting parties to escape a bad bargain and hardship or inconvenience are usually not enough.

In very limited circumstances the doctrine will intervene to excuse performance. The law requires a supervening event which strikes at the very root of the contract, entirely beyond what was contemplated by the parties when the contract was formed. Neither party must be at fault for the event.

Since the event needs to be unforeseen, if the parties have drafted for an eventuality, it will no longer be unforeseen. Thus a wide-ranging force majeure clause may serve to eliminate its application and contracts formed after the outbreak began will be much harder to avoid if the impact on performance was foreseeable.

Impossibility (subject matter destroyed) and illegality (performance prohibited) are classic examples of frustration, as is the cancellation of an expected event (the so-called “coronation cases” arising from the cancelled coronation of King Edward VII) which frustrates the underlying commercial purpose of the agreement. Illegality under a foreign law might seem irrelevant to an English law contract but it may be sufficient where a performance obligation arises in that third country (lex loci solutionis).

So an inability to deliver goods abroad as a result of a local ban could be a frustrating event. But not if the contract can be performed by some other route. Equally a cancelled conference just might excuse performance of related contracts if those underlying contracts were conceived by both parties for the sole purpose of the event.

English law does not readily intervene to assist those who breach their obligations. Both of the above routes are difficult and rarely invoked by litigants – and even less with any degree of success. Having said that, the Coronavirus is an exceptional event and those affected need to be alive to their options. If travel bans and restrictions intensify in the battle to control its spread, its economic impact will continue to be felt across the globe. Affected parties should seek prompt advice. A careful assessment might identify a way forward and, at the very least, an opportunity to negotiate an improved outcome may be achieved. 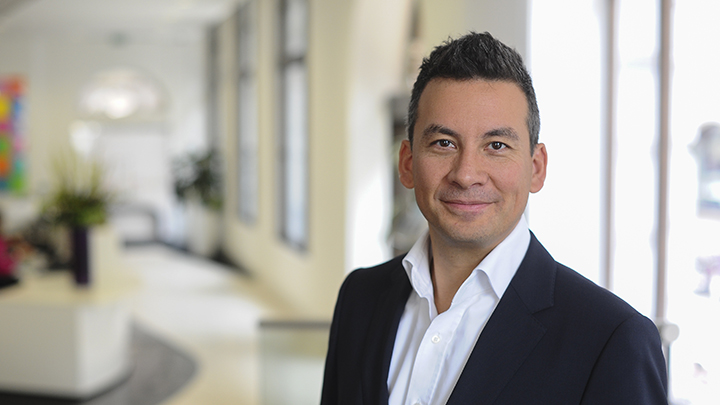 I head up our Dispute Resolution group. I specialise in the resolution of complex commercial disputes.