Corporate solvency – matters to consider in light of COVID-19: FAQs

The UK Government has announced a number of changes to the UK insolvency framework in light of the economic storm caused by the COVID-19 pandemic.

As part of this, wrongful trading restrictions are to be suspended retrospectively from 1 March 2020 for a three-month period and there is to be a new temporary moratorium for companies, during which time they cannot be put into administration by creditors.

It is important to note that all other checks and balances that help ensure creditors are protected will remain in force.

On timing, the UK government plans to bring forward legislation to effect the changes “at the earliest opportunity”. The proposed changes follow those recently implemented in Germany, Australia and The Netherlands.

Whatever the exact details of the suspension of wrongful trading, these need to be set against the UK’s existing insolvency regime and it remains important that its rules and the relevant duties and obligations continue to be met.

Whether a company is insolvent or not is a technical area that has both accounting and legal aspects.

Why is it so important to consider solvency issues at an early stage?

The precise point of insolvency typically is difficult to ascertain (see below).

In good (or solvent) times, the directors largely owe their duties to the company and its shareholders.  However, in periods of doubtful solvency the directors must additionally consider the interest of the company’s creditors. Failure to do so exposes the directors to potential claims.

When in is a company insolvent?

Solvency issues fall to be determined by reference to a cash flow test and a balance sheet test.

The cash flow test is defined by reference to the company’s ability to pay "debts as they fall due". This must be assessed by the directors in terms of immediate requirements and those arising in the “reasonably near future”. The length of the "reasonably near future" (or in other cases what is “presently due”) will depend on all the circumstances, especially the nature of the company's business.

If the company is frequently missing payment deadlines because it lacks the funds to do so, it becomes increasingly difficult to argue that the company is solvent on a cash flow basis.

The balance sheet assessment is considered in the context of the "the value of the company’s assets [being] less than the amount of its liabilities, taking into account its contingent and prospective liabilities".

This is considered on a book or market valuation basis, and it is generally accepted that this is measured on a going concern, and not on a break-up basis. Contingent and prospective liabilities are to be taken into account by considering them in the context of the company's circumstances as a whole. This means the test is not a strict arithmetical exercise based on a company's balance sheet.

By way of example, take an equity-based convertible loan note which is only repayable on an insolvency of the issuing company (on the basis that it otherwise converts into equity). Is this a contingent liability for the purposes of the balance sheet test? We consider the loan note of this nature to fall outside the balance sheet test on the basis that the loan note does not have a maturity date for repayment (because it converts into shares) and would only be payable on a break-up (and not a going concern) basis. See our FAQs on reviewing your existing financing arrangements.

Whilst cash flow is often the principal concern for our clients, the balance sheet may be the only effective measure for groups with a holding company that does not itself trade.  Note also that cash flow and balance sheet covenants are a hallmark of institutional lending facilities. See our guide on insolvency issues for directors.

The courts have shown great reluctance in trying to assess “imponderable” factors such as those associated with (for example) market performance and underlying or changing economic conditions.  We suggest that during the COVID-19 crisis, and the economic difficulties that many think will follow, this is not likely to diminish.

Assuming solvency is an issue what is wrongful trading?

Wrongful trading occurs where a director has failed to take every step to minimise potential loss to the company’s creditors in circumstances where he or she knew or ought to have known that there was no reasonable prospect of the company avoiding liquidation.

The test is not only what the director actually knew, but also includes what a reasonably diligent person with general knowledge skill and experience of a person carrying out that director’s duties would have known.

The “reasonable prospect” and the objective/subjective knowledge tests are not codified and unsurprisingly are very fact specific. Negotiations with landlords and suppliers for relaxations in payments or payment periods or with investors for further funding can and frequently often run to the last possible moment.  If those negotiations break down, the directors are likely to have to take immediate action.

Does this mean that the directors have personal liability?

Yes, potentially. The liquidator (or administrator) can apply to the court for an order for the director to make a contribution to the company’s assets as the court thinks proper. This applies to then appointed directors and can extend to former directors and shadow directors.

If the directors can demonstrate that they took every step to minimise the potential loss to the company’s creditors the court will not make a declaration against the directors.

Why is this relevant now that wrongful trading restrictions are to be suspended?

The wrongful trading restrictions are to be suspended for a finite period from 1 March 2020 originally for a three-month period. The risk of wrongful trading will apply to those directors that were wrongfully trading prior to this time and will likely apply once the suspension has been lifted (we await full details of the legislation at this stage).

Are there any other risks that directors should be aware of?

In periods of doubtful solvency, the directors must prioritise the interest of the company’s creditors rather than the interests of its shareholders. A breach of fiduciary duty in this respect by directors can result in a claim for misfeasance being made against the directors (that is the wrongful exercise of a director’s powers).

Directors should also be aware of the risk of fraudulent trading (when a company carries on business with the intent of purposefully deceiving and defrauding its creditors). Further, an administrator or liquidator of an insolvent company, can challenge certain pre-insolvency transactions including preferences and transactions at an undervalue. See our guide on insolvency issues for directors.

The directors’ disqualification rules will also still apply. Under these, if a director or former director of an insolvent company is found to have engaged in conduct which makes him “unfit”, he must be disqualified or have a disqualification undertaking accepted.

Bearing all this in mind, why is it desirable for the directors to be taking active steps during the pre-insolvency stage?

We suggest directors take steps at an early stage for two reasons.

First, addressing the issues early means that the business will have the most options available to it and potentially some time to implement changes before insolvency becomes unavoidable. Further, specialists can help you utilise resources which may not be known to the directors (such as government assistance schemes).

Second, taking those steps will assist in any defence that the directors took every step to minimise any potential loss to the company’s creditors on an insolvency.

What steps do you recommend?

It is usual to have the company’s counsel and its accounting firm involved at an early stage.  We also typically recommend consultations begin on an informal basis with an insolvency practitioner at an initial stage.  Sometimes the directors may wish (or we may) suggest that one or more of the directors take separate advice (as distinct from the company’s advisers).

Below is a list of matters commonly addressed at this pre-insolvency stage.

What is the new temporary moratorium?

In  August 2018 the UK Government announced plans to introduce new insolvency restructuring procedures (the UK Government response can be found here). It is proposed that new legislation will implement these plans now.

The most noteworthy change is a new moratorium (a period in which creditors are generally prohibited from taking any debt enforcement action against a company) which would apply when a company is being restructured before administration. It’s ‘new’ given the existing moratoria that apply when a company proposes a company voluntary arrangement (CVA) or goes into administration. The UK Government has said that it will apply when companies “need to undergo financial rescue or restructuring”. It remains to be seen exactly what forms of rescue or restructuring it will cover or how this moratorium will be triggered.

It is hoped that the new moratorium will give financially distressed but viable companies breathing space from creditors enforcing their debts whilst they undergo a rescue or restructuring process so that they can continue to trade and avoid insolvency.

The effect of the coronavirus is being felt by economies globally and on a day-to-day basis businesses are already experiencing issues. We work closely with companies, directors and stakeholders advising on restructuring and rescheduling of debts, discussing duties and liabilities and if necessary implementing formal procedures. 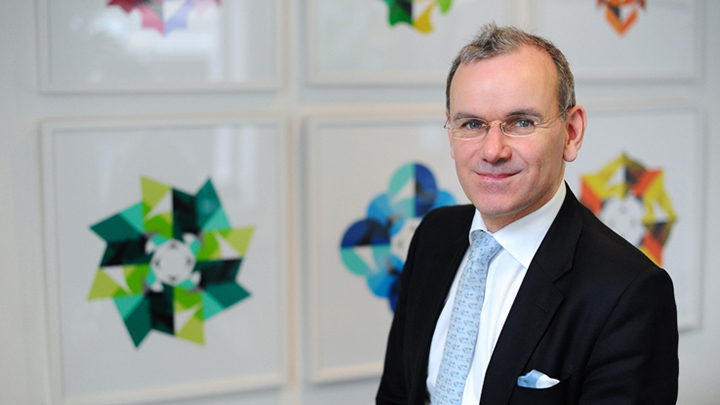 I am a Senior Associate in the Corporate, Commercial and Partnerships Legal Practice Groups having joined Lewis Silkin LLP in 2010.