Can a contract be terminated if the effects of COVID-19 have prevented performance?

The COVID-19 pandemic has had a significant impact on businesses worldwide. Lockdown, restrictions, disruption to supply chains, increased pressure on cashflow and reduced capacity have all affected the ability of businesses to fulfil contractual obligations. Despite best efforts to co-operate, preserve contracts and maintain business relationships, as we emerge from lockdown and gradually return to some sort of normality, many will find themselves in a position where their counterparty remains unable to perform its obligations and will be in breach of contract.

As the lockdown restrictions begin to ease, an issue facing many businesses will be whether commercial contracts can be terminated because of a breach and, depending on how that termination occurs, whether it could result in claims for loss and damage.

A party should check whether there is a force majeure clause and, if there is one, the precise wording.  The purpose of such clauses is to protect an innocent party, such that on the occurrence of an event beyond its control which is the sole cause preventing performance of its contractual obligations, it may be excused from performance, without being liable to the other party.

Whether such a clause will be effective will depend on the exact wording of the force majeure clause, and whether it makes express reference to say pandemics, outbreaks of notifiable diseases or government actions as being events which the contract recognises as being ones which excuse performance of obligations.  If the clause permits the contract to be terminated on the occurrence of the specified event (as opposed to performance just being suspended), then the innocent party may be entitled to terminate the contract without incurring liability to the counterparty.

Further information can be found in our force-majeure and frustration flowcharts.

If force majeure and frustration do not apply, then the failure of performance should be assessed against any express contractual breach provisions.  Many contracts will include clauses entitling one or both parties to terminate the contract in certain circumstances.  Such clauses may give a right to terminate for “material”, “substantial” or, more rarely, “any” breach of contract.  If the contract does not define what constitutes a relevant breach, it may only be possible to assess whether the particular breach would trigger a right to terminate by looking at previous decisions made by the courts.

As well as giving a right to terminate in the case of particular breaches, the contract may also require the party in breach to be given a period of time to remedy their breach.  If there are any ‘remedy’ or ‘cure’ clauses, they will typically require the party not in breach to serve written notice identifying the breach and requiring the party in breach to remedy the position within a specified period.  If the breach is not remedied within that period, then the innocent party may be entitled to serve a further notice terminating the contract.

Where there are ‘remedy’ or ‘cure’ clauses, they should be complied with strictly, notwithstanding the current circumstances, otherwise an innocent party may find themselves in repudiatory breach of contract.

Unless excluded by clear wording, a party will have a right to terminate a contract if the counterparty commits a ‘repudiatory breach’, namely a breach which is so serious that it deprives the innocent party of the substantial benefit to which it is entitled under the contract.

A statement or conduct by one party which demonstrates it is unable or unwilling to perform its contractual obligations could amount to a repudiatory breach, entitling the innocent party to treat the contract as at an end and itself discharged from its own future obligations under the contract.

When faced with a breach of contract which gives a right to terminate (be that under the express terms or at common law), the innocent party has a choice: either it can exercise that right and terminate, or it can affirm and let the contract continue.

That fundamental choice has not been changed by the COVID-19 pandemic.The position remains that if an innocent party has waited too long to do anything in relation to a breach which occurred during the full lockdown, it could be found to have waived its right to terminate and to have affirmed the contract.  It may be possible for the innocent party to notify the offending party of the breach and reserve its position, but that will at best only be effective for a short period.

If an innocent party has a right to terminate both under the contract and at common law, it must give careful consideration as to how to frame any termination notice, so as to ensure that all potential claims it may have are preserved.

If the breach leads to a dialogue between the parties to renegotiate the terms of the agreement, they should also ensure that any contractual variation requirements are complied with (see our related first guidance in this series on agreeing contractual variations in lockdown).

On 7 May 2020, through the Cabinet Office the Government published a guidance note titled “Guidance on responsible contractual behaviour in the performance and enforcement of contracts impacted upon by the COVID-19 emergency”.The note, which was updated on 30 June 2020, set out guidance and recommendations regarding contractual behaviour by those impacted by the pandemic. At the date of writing, that guidance has not been updated or withdrawn and, until it is, contracting parties should assume that it will continue to be appliable as we emerge from lockdown.

Paragraphs 14-15 of the note listed a number of circumstances in which reasonable and proportionate behaviour was encouraged, including:

“requesting, and giving, relief for impaired performance, including in respect of the time for delivery and completion, the nature and scope of goods, works and services, the making of payments and the operation of payment and performance mechanisms” (para. 15(a)); and

This guidance note was, as it recorded, only Government advice and recommendations.  It was not statutory, and accordingly did not have any legal effect.  Accordingly, it would not displace the terms of any contract (as paragraph 7 of the note itself admitted).  In the circumstances, businesses should treat the guidance with caution and continue to look to their own contractual terms and make their own decisions as how to best protect their commercial positions based on those terms.  Attempts to rely on the Government guidance to justify behaviour rather than the express terms of any given contract are unlikely to be successful in later disputes or litigation.

When faced with a potential breach of contract in uncertain economic times, businesses should have regard to the following key points in any commercial decisions they make:

We have created an initiative called “LS Unlock” to help businesses access legal advice during the uncertain times ahead. LS Unlock comprises a free initial assessment of significant commercial claims together with a menu of alternative fee arrangements which can reduce and, in certain cases, eliminate the upfront cost of pursuing a claim. This initiative has been designed specifically to assist clients in this uncertain economic climate and is part of our commitment to working with clients to help them survive the effects of the Covid-19 crisis.

Issues to consider in relation to commercial contracts as lockdown eases.

When disputes arise, they can often have far-reaching implications for the rest of a business.

Realising a commercial strategy usually involves a wide range of stakeholders, from suppliers to contractors and customers to regulators. 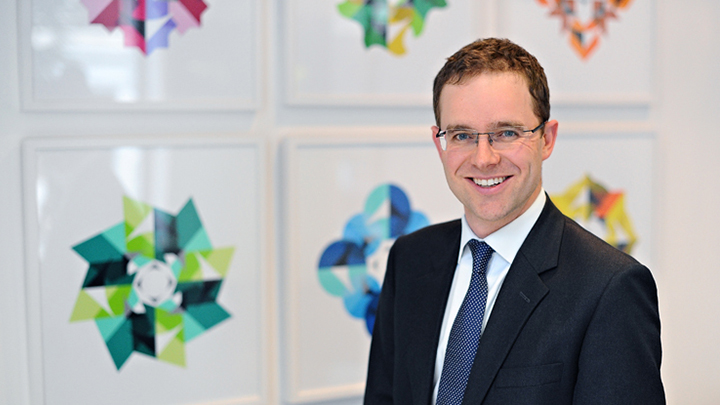 I am a Managing Associate in our Dispute Resolution practice group and specialise in commercial disputes. I have extensive experience in ...