Budget 2021: Everything and nothing is changing

One of the final things I did in the office last March before the office practically emptied due to COVID-19 was watch Budget 2020. The intervening year has been simultaneously one of the most eventful and uneventful years in recent times, and this Budget carries a bit of that dual nature.

On the one hand, very little changes as a result of the Budget. Lots of reliefs introduced as COVID-19 support measures are being extended, or in some cases are being tapered during the course of the next tax year to avoid ‘cliff edge’ effects.  Lots of rates and thresholds are unchanged. The smorgasbord of tax rises promised by a hyperactive press failed to materialise (although maybe the hyperactive press is part of the reason why they failed to materialise, who knows?).

On the other hand, the Chancellor signalled a substantial shift in business tax policy which will have a big impact in future.  After many years of selling ourselves as a country of relatively low profit taxes, a change is gonna come...

There’s a smidgeon of immediate or short-term tax-raising in the Budget, but you won’t see it reflected in headline rates.  Instead you’ve got to get into the weeds of tax brackets and thresholds, many of which are staying still.

The Government had already committed to raising some of the high profile personal tax thresholds in line with CPI from 6 April 2021.  The personal allowance, higher rate threshold and National Insurance Contribution thresholds will all rise as planned – to £12,570pa, £37,700 and it’s complicated respectively, in case you were wondering.

However, enjoy those rises now because you won’t see their like again for another five years.  The Government has committed to freezing these thresholds until 2026.  This creates the effect known as ‘fiscal drag’ whereby tax take increases just by virtue of wage inflation and people being pushed into higher brackets over time.

In other areas, the thresholds set for tax year 2020/21 are being frozen until 2025 – the VAT registration threshold, the inheritance tax threshold, the capital gains tax Annual Exempt Amount and the pensions lifetime allowance.

Since we are still in the thick of the pandemic that was only just beginning to make itself felt in the UK this time last year, it made a lot of sense to keep a number of COVID-19 relief measures in place until the Grand Reopening later this year (please please let this one stick).  In that spirit:

The Government had introduced a number of temporary relaxations to employee tax / benefits in kind to reduce tax and admin for businesses looking to support their employees during the pandemic.  The following have all been confirmed for both 20/21 and 21/22 (in some cases with retrospective effect):

Separately, we can now be 100% confident that the reformed IR35 rules (or the less snappily titled “off payroll working” rules) will definitely definitely come into force from 6 April 2021, after the reprieve last year.  The Budget has some minor technical amendments, including making it clear that fraudulent provision of information by any party in the IR35 supply chain could make them liable for unpaid PAYE and NICs.

After many rumours in the press, we now know that the Chancellor plans to raise the main rate of corporation tax from 19% to 25% from April 2023.  That’s a chunky increase by any standard, but the pill is sweetened in a few different ways:

Freeports: Gateway to the Future (or something like that)

The Government has heavily trailed its Freeports policy, and the Budget includes a number of changes intended to support the creation of up to 10 newly designated ‘Freeports’ – areas which will benefit from generous tax reliefs, simplified customs procedures and wider government support.  The intention is to boost the local economy in select areas.  The Budget includes details on some of the tax reliefs on offer, including stamp duty land tax relief on purchases of commercial property within the area, enhanced allowances for building new structures and enhanced capital allowances for expenditure on plant and machinery.

Lots of commentators have written about individual service providers operating through digital platforms (Uber drivers, food delivery riders and increasingly freelancers in all sorts of sectors) not fitting neatly into either the model for sole traders or employees.  One consequence of them not being employees is that HMRC doesn’t have the PAYE system to keep track of their income.  To plug this gap, and to facilitate new international tax information exchange rules, the Government is introducing new powers to create reporting requirements for digital platforms.  So if you’re a digital platform connecting service providers with customers then watch out: new regulations may compel you to report the income of your platform’s users.  And if you’re one of the users of those platforms hopefully you’re declaring all your income already.  If not, now would be a jolly good time to start. 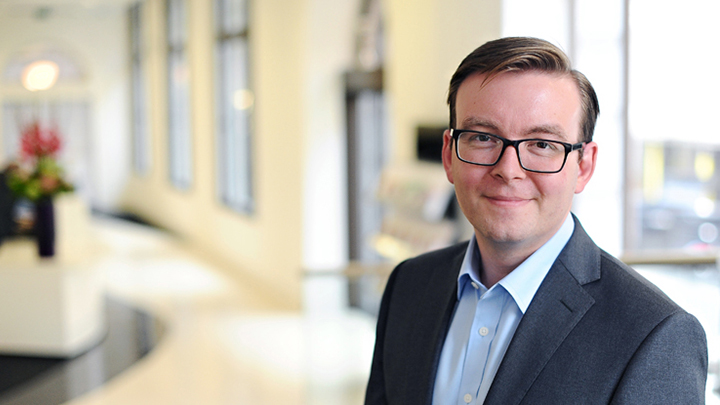