Second cycle courier found to be a ‘worker’

Another day, another case on the gig economy… An Employment Tribunal has found that a cycle courier was a “worker”, rather than an independent contractor, and therefore entitled to statutory holiday pay.

As we explained in our recent article on the Pimlico Plumbers case, the employment status of an individual is significant because it determines their legal rights in the workplace. Under UK law, there are three different capacities in which someone can provide work: as an “employee”; as a “worker”; or as a “self-employed contractor” (sometimes referred to as a freelancer).

Employees have more rights than those who are merely workers, who in turn have more rights than the genuinely self-employed. Workers, for example, are entitled to the national minimum wage, paid holidays and rest breaks under the Working Time Regulations 1998 (“WTR”) and protection against unlawful deductions from wages. Employees in addition qualify among other things for protection from unfair dismissal, maternity/paternity leave and sick pay. The genuinely self-employed do not enjoy any of the rights just mentioned. They are regarded as having greater power and autonomy than workers and employees and being less in need of protection, but they do benefit from more favourable tax treatment.

Problematically, the label the parties give their relationship is not conclusive and it is not always easy to know what working status an individual has. In a relationship of employment, there is “mutuality of obligation” - an obligation to turn up to work on one hand and an obligation to provide it (and to pay for it) on the other. There is also an obligation of “personal service”, in that an employee cannot generally send along a substitute to do their job instead. And the individual is sufficiently under the “control” of the employer. These are the three most important factors pointing to employee status, but there are a host of others which might point one way or the other - such as who takes the financial risk, who provides the equipment, how pay is determined and how integrated the individual is into the organisation.

All employees are also “workers”, but not all workers are employees. A worker who is not also an employee, is someone who is working under a contract - not an employment contract - through which they undertake to perform work personally for someone who is not by virtue of that contract their client or customer. In other words, they agree to work personally and they are not running their own business.

The latest case-law developments are unfolding against a fascinating and relatively novel backdrop. Facilitated by new technology, such as apps and smart phones, many more people are now working in the so-called “gig” economy in which individuals are paid for individual jobs or assignments, rather than in an ongoing relationship.

Mr Boxer, a cycle courier, brought claim for holiday pay against Excel Group Services Ltd (“EGS”), which went into voluntary liquidation before the hearing date and its business was sold to CitySprint. Although there may have been an argument that Mr Boxer’s claim transferred to CitySprint, EGS wrote to the Employment Tribunal before the hearing saying that it did not concede the claim but it would take no further part in proceedings and was prepared to pay Mr Boxer an amount equivalent to his holiday pay. Mr Boxer did not accept the offer as EGS had not conceded liability and he wanted a declaration that his claim was well-founded. A very short hearing was then held at which only Mr Boxer gave evidence.

Given the fact that the respondent did not attend the hearing to make any arguments, the Tribunal’s decision has limited value for other claimants seeking to establish “worker” status on similar facts. Moreover, as a first-instance decision, it is merely persuasive and not binding on other tribunals. It is interesting nonetheless as a further example in a string of recent cases, including Uber, Pimlico Plumbers and CitySprint, in which individuals labelled as self-employed contractors have been found to be actually workers.

In Mr Boxer’s case, the main factors which led the Employment Tribunal judge to her decision, were:

The Tribunal concluded that, although Mr Boxer provided some of his own “tools of the trade”, he was not providing services on his own account as a business undertaking. He was in reality a worker and so entitled to holiday pay under the WTR. 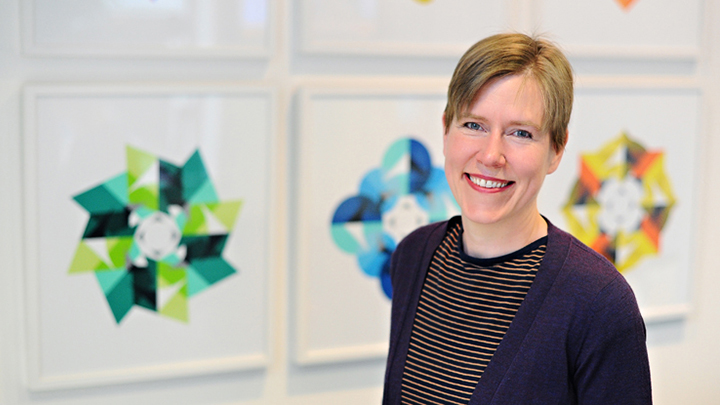 As a Managing Practice Development Lawyer in the Employment, Immigration and Reward division, I keep myself and the team up to date with ...